Virtual reality is a computer-generated environment that lets you experience a different reality. A VR headset fits around your head and allows you to remove yourself from your physical surroundings. Through VR you can virtually hike the stand next to the Golden Gate bridge in San Fransico, visit some of the world’s best museums or immerse yourself in a video game via the PS4 headset.

You can buy all sorts of headsets right now, from Google, Sony, Samsung, HTC, Oculus and more. This is why it can be so confusing to determine which VR headset you should buy. VR technology is a very new form of tech and will only get better as time goes on. Especially, since so many people will have cell phones capable of taking advantages of this awesome tech.

What Can a VR headset Be Used for?

VR headsets can be used in a variety of ways. Some include Entertainment, Design, Gaming, Education and Simulation, Exploration, Meditation, Social. My favorite way to use my VR Headset is for education. I’ve used apps that allowed me to swim with dolphins and made me so small I could follow a single blood cell through a human heart. It truly is an amazing technology.

VR Headsets today are quite affordable, and like I said earlier, can be used with many of today’s top cell phones.

How Much does a VR Headset Cost?

The cost is really quite varied. You can spend as little as $20 or as much as $350 for the PS4 VR. Obviously, the more expensive the headset the more options it will have.

Some tips to keep in mind when buying a VR Headset

What do you own? – If you own a Samsung phone you should look at a Samsung VR headset, but if you own a PS4 and are into gaming the PS4 VR headset might be your best option.

Comfort– The more comfortable a VR headset the more you will enjoy it. Some VR headsets can start to feel heavy and leave you with a headache. Make sure to read reviews online regarding VR headset comfort.

Ease of Use– I’ve used the Samsung VR for about a year now and I have to admit it’s a little bit of a pain when I want to use it. I have to remove my phone from its case and slide it into the VR. When done, I have to put my phone back in its case. Depending on your case this can be a little annoying.

Below you will find our list of the best VR headsets you can buy. 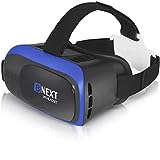 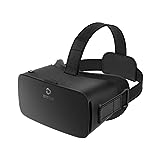 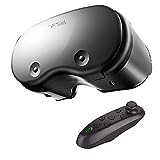 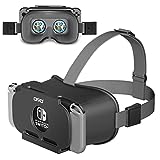 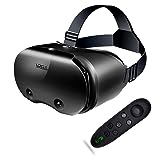 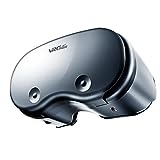 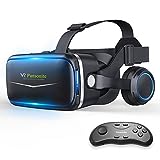 This List was Last Updated: updated on 2022-12-05 /  Amazon Affiliate Disclosure