China-based DJI is the king of the drone world at the moment, with incredible attention to detail put into every product. The Mavic Pro is its latest release. It essentially bundles all of the impressive abilities of its bigger brother (The Phantom 4, see number five) into an unbelievably tiny package that you can fold up and throw in your hand luggage. The Mavic is the ultimate flying camera to take on holiday or an adventure sports weekend. With a top speed of 40mph, it isn’t quite as fast as the Phantom but can track objects and automatically avoid obstacles in the same way. Considering its light weight, it can hold itself steady remarkably well, though it feels slightly more “jumpy” in flight than the Phantom. The camera has a narrower field of view but for most purposes, this makes little difference. The quality is still razor-sharp 4K. The battery also lasts around 25 minutes and it has the longest range of all of the models we tested at 7km.

There is a lot to like about the Bebop 2 from the French drone specialists. It’s compact, stable and great fun to use, making it suitable for experts and newbies alike. It will fly to a range of 300m, which is plenty for most needs, and it has a 14MP camera which delivers decent 1080p footage. The version we tested also came with a virtual reality FPV headset, which gives a truly immersive flying experience, although you inevitably look a bit strange wearing it at the park. The slightly cartoony styling contrasts with the more stark sci-fi appearance of the pricier DJIs. In both look and features, it fits neatly between the toy and “serious” models. There are a couple of minor gripes that let it down slightly. Unlike some of the more expensive models, it doesn’t have any removable storage, so once you’ve filled up the 8GB internal drive you have to wipe and start again. Also, the Wi-Fi connection between the controller and the drone cuts out a couple of times when it should have been within range, which is a little frustrating. The battery is good for at least 20 minutes. As with many of the drones we tested, you can control it with the Parrot app on your phone or connect it to a joystick controller which feels more natural.

Best of Make: Volume 2: 65 Projects and Skill Builders from the Pages of Make: 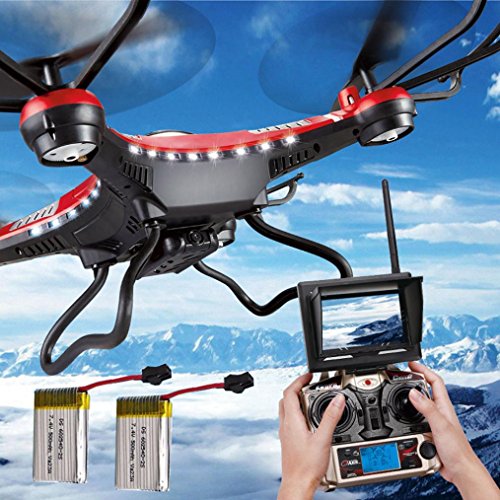 Clear TV- As Seen On TV Antenna Review in 4k